Tyne Cot Commonwealth War Graves Cemetery and Memorial to the Missing is a Commonwealth War Graves Commission (CWGC) burial ground for the dead of the First World War in the Ypres Salient on the Western Front. We were travelling home from a week in Belgium and I'm so glad we stopped here as it was an emotional experience seeing so many lost souls together. The final photo is of a letter telling of the death of a soldier, perhaps even more upsetting due to it being a standard form that's filled in with the relevant details.

Update: Chris Upton on Twitter noticed the following about the letter: "this is even more poignant Tim when you see that the date of death was 31.07.17 but the date on the letter was May 1918." 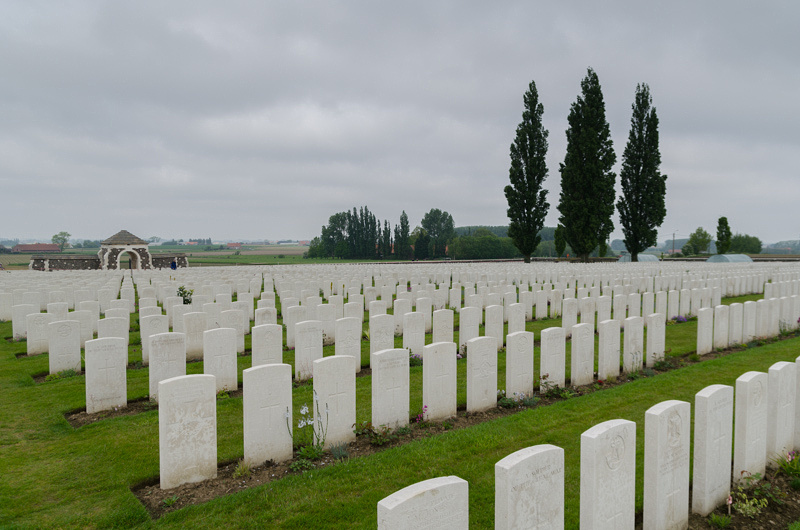