A story of two very old rolls of film

A rather interesting thing happened recently which I've mentioned on twitter a few times so I thought I'd write it all down properly. My friend Mark sadly lost his Grandmother recently, and when he was sorting her belongings out with his Mum they came across 3 old cameras and 2 rolls of 120 format film. He kindly thought of me when it came to the cameras as he knew I had a bit of a collection going, and I became the happy owner of a Kodak Duaflex II, a Coronet Flashmaster and a Kodak 277x Instamatic (with flash cubes!) - his Mum is lovely and she was happy for me to have them. The films however were even more intriguing because they were used but undeveloped and had 'develop by' dates of over 50 years ago. Both were black and white rolls of 120, one an Ilford Panchromatic safety film dated September 1961, the other Kodak Verichrome dated July 1958! I couldn't face seeing them sit around as there may well have been fascinating photos lying dormant that had never been seen. 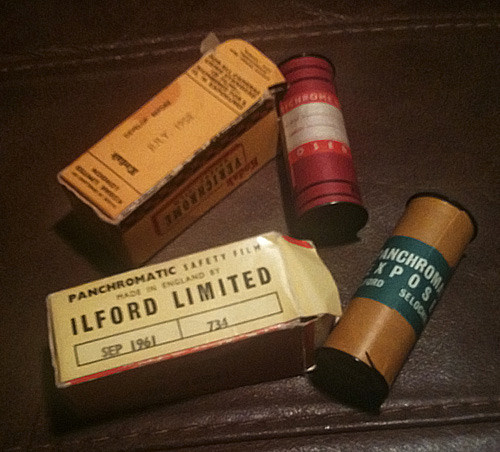 I'd already been looking around for somebody to develop 2 rolls of 127 that myself and a friend had shot recently using old Kodak cameras, so adding 2 more rolls meant I had to pull my finger out and get the job done. After a couple of false starts I found and contacted David Dawson at Cheshire Photo Lab who was very helpful and keen to help, although I had a scare as I sent the films by recorded delivery and they took 8 days to get there - the curse of Christmas and it's postal surge. That was a week or so back and this morning I got a brilliant surprise in my in box. David had suggested he just develop the films and email me contact prints so I could choose from the photos, should anything appear of course. Amazingly pretty much every image on both films is perfectly viewable (is that a word?) although with the age of the films showing in that there's quite a bit of 'degradation' over them. Can you tell I'm trying not to use the word 'crap' there? Hmmm. Anyway, as you can see below (click to enlarge them) they're surprisingly clear (I've only adjusted Levels slightly to add some contrast). I've now asked David to make proper scans to disk for me but Mark has seen the contact sheets and recognises his Mum and Grandparents which is fantastic news. Not sure as yet who took the photos but I assume they may well have been taken with the Duaflex or Coronet?

I'll update this if/when I learn any more about the people in the photos and if Mark is happy to share. Thanks to Wayne Ford (see his brilliant blog here) for inspiring me to write this. You never know, if I can find someone to spool some 120 onto a 620 spool for me I'll even try using that Duaflex…

Update: Here are the pictures themselves. 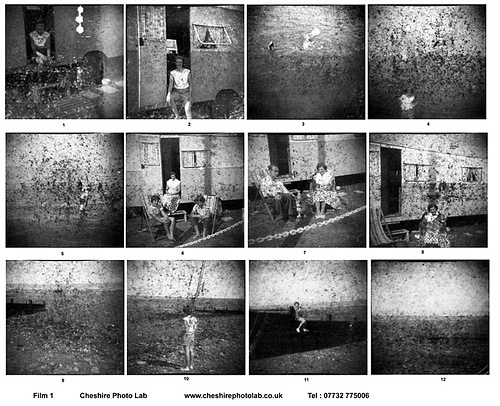 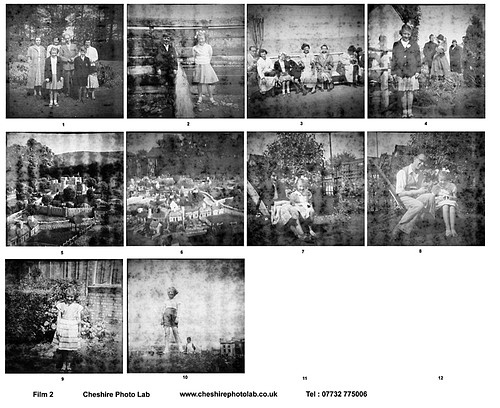