I recently shot a roll of B&W 127 film in the lovely Kodak Brownie Fiesta that my friend Pip bought me for my birthday. It looks brand new and I think I may have well been the first person to use it despite it being made in the 1960s. Rather than send the film away to be developed and scanned I had the chance to see it being developed as my friend Nigel offered to do this for me. I enjoyed watching this as I knew nothing about developing film, but once I had the negatives I was left with the problem of not having a suitable scanner. After some brief research online I decided to make a stand for my Lumix LX7 camera out of Lego so that I could mount the camera above the negatives with a lightbox underneath. Much to my surprise my first attempt worked perfectly, so I'm pleased to show the images below. I shot them in RAW on the Lumix and then processed them in Lightroom as normal, although inverting the image is unnecessarily complicated I feel. Anyway, here they are, and I'm very close to ordering my own film developing equipment so I can start using more of my vintage camera collection. The first images were taken on a beautiful day in Margate, and the others during my visit to the Royal Gunpowder Mills. By the way, I don't know why every shot is wonky, it wasn't me! 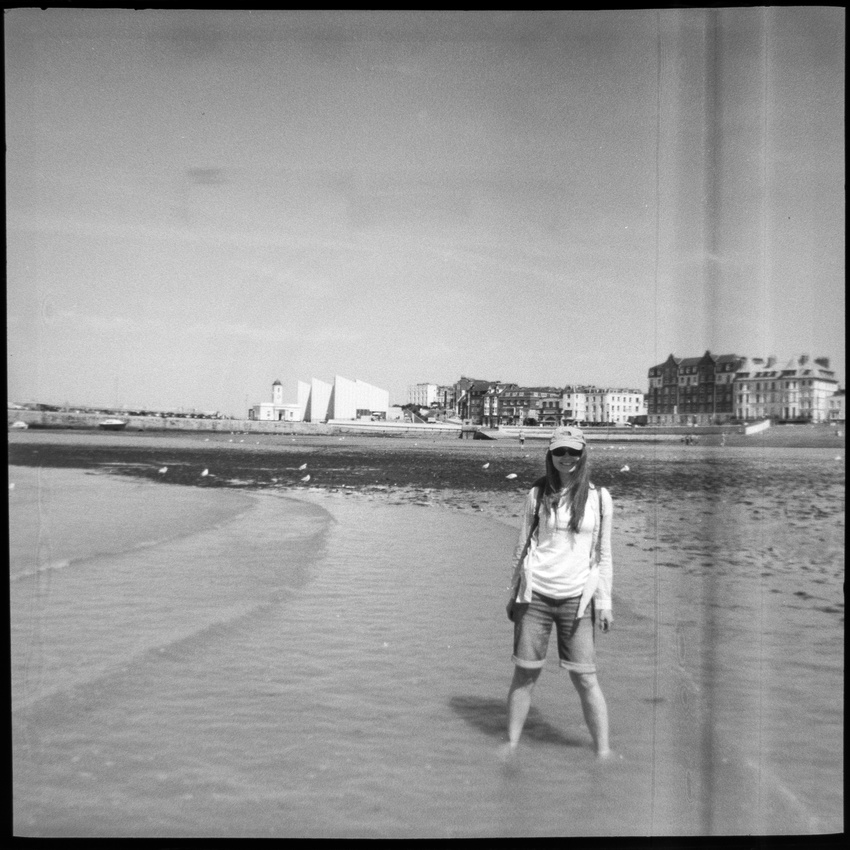 Blavou London(non-registered)
Looking good man! Stunning in fact :)
Tim Allen // Portfolio
I'd have thought a proper scanner would do a better job with better quality negatives but for these I think my setup is getting the most out of them. Thanks for your comment.
Steven(non-registered)
In a world where everyone is seeking perfection with pixels, these photographs are brilliant. Considering the rudimentary scanning process too, they really have turned out well.