Last week we stayed in Broadstairs for a few days which meant my son Will could go to a couple of local music sessions. The first session was in the Tartar Frigate in Broadstairs and the atmosphere was wonderful on the night with a great group of musicians playing whatever took their fancy. The next night found us in the Canterbury Tales where he joined in with another great bunch of talented musicians. As night fell the lighting became ever more challenging but I still came away with some photos I was pleased with on both nights, I hope you like them. This will be an ongoing project charting Will's amazing musical skills - this week he was playing melodeon, bouzouki and banjo. 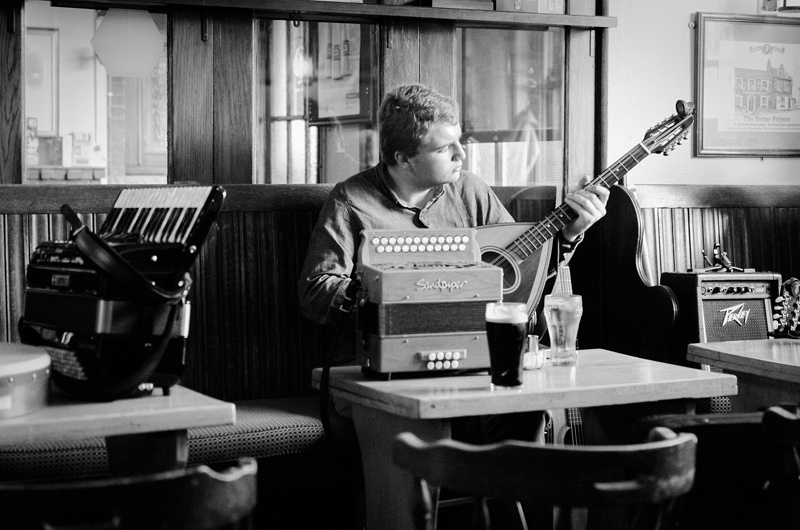